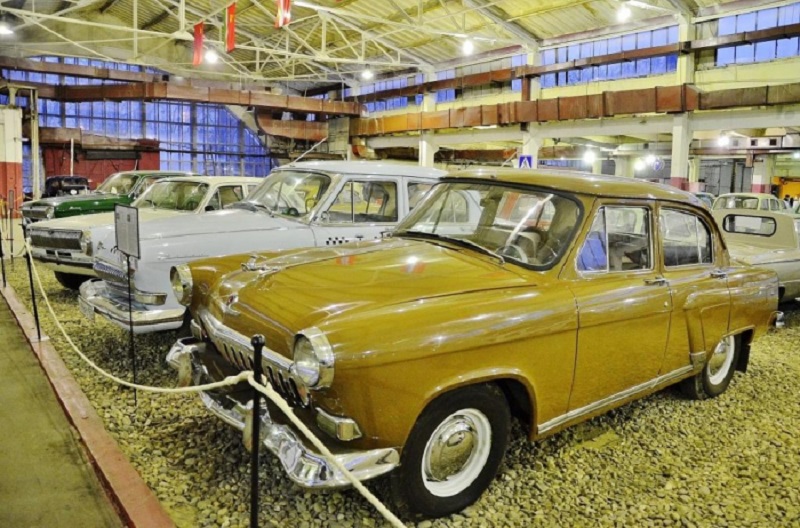 It is clear that officials and heads of large enterprises were supplied with the best domestic cars. Today, these exclusive rarities are appreciated by collectors. They are insanely expensive and look very unusual for modern tastes, giving an idea of ​​the creative potential of auto designers and auto engineers of that time. They reflect the history of the Soviet era.

Vintage cars of the USSR

The products of the Soviet automobile industry were used not only by the socialist bloc. Although the West was the enemy, the automakers of the Soviet Union tried to lure customers behind the Iron Curtain with their own products. For this, a special body was even created in the USSR – Autoexport, which was engaged in the supply of cars to neighboring and distant countries. The advertising booklets emphasized the reliability and durability of Soviet cars, and low prices took care of the rest. Vintage cars of the USSR.

“Moskvich-408”, for example, in the 60s was one of the best-selling cars in Finland. VAZ was also offered almost everywhere – from Africa to Latin America. In addition to the Lada and Moskvich, the “bourgeois” Volga GAZ-24 and the cute little ZAZ-966, which had achieved extraordinary success in France and the Scandinavian countries, were looking for their buyers in the Western market.

Many of these cars are still running on the roads today. But what models came before them? Here are a few rarities that stood at the origins of the Soviet automotive industry.

Today, we take off-road capable vehicles for granted, but in the early 20th century, this was a bold idea. It is not surprising that historically one of the first SUVs originated in Russia. Even today, there are many hard-to-reach areas here and winters are usually harsh, and in the region of 1906 there were no well-maintained roads for driving. Rolls-Royce for Lenin.

How the then Russian Tsar Nicholas II traveled through the harsh expanses of Mother Russia is a separate topic. But at the beginning of the 20th century, the French army engineer-inventor Adolphe Kegress entered the scene. He moved to St. Petersburg in 1905 and worked for Tsar Nicholas from 1906 to 1916 as a personal driver and head of the technical department of the Imperial Navy.

During this period, Kegress proposed his own solution, which was to improve the off-road capabilities of the existing royal “carriages”. Today it is no longer possible to know for sure in which particular car the craftsman replaced the rear wheels with a suspension using belts, but the result was the first version of the so-called “half-track transporter” and, therefore, a specially equipped “off-road vehicle”.

Kegress then designed a rear axle with drive belts so that it could be easily installed on most cars from the royal garage. Belts didn’t look weird back then. And not only in a Russian limousine, but also in Rolls-Royce, Mercedes-Benz and American Packard. Rolls-Royce for Lenin.

The front wheel part basically remained unchanged, although for driving in the snow, if necessary, a sled was installed under it. The rear belts themselves provided a better passage through difficult terrain due to more efficient transmission of force. As needed, the machines were supplied with a rubber or steel counterpart. It must be understood that all-wheel drive technology was in its infancy at that time, and in the conditions of Russian engineering it turned out to be much easier to replace the rear wheels with a massive axle with belts. Lenin rode such an all-terrain vehicle at the beginning of the 20th century.

Subsequently, the inventor patented his idea for a half-track SUV and even began working on vehicles using tracks on both axles. Returning home after the 1917 revolution that marked the beginning of Lenin’s reign, he offered his invention to Citroen, which used it in off-road trucks and military equipment.

In the 1920s and 30s, half-track French vehicles demonstrated their advantages in several international expeditions to North Africa, South America and Central Asia. The whole world became interested in them. The US military, for example, bought a few Citroen car carriers and then started production under license, while Germany simply confiscated the transporters during the conquest of France, modified them and began to use them for their own purposes.

After the war, the construction of SUVs went in a slightly different direction. The success of the legendary American jeeps, the development of all-wheel drive technology, the advent of tall chassis and more efficient suspension systems all meant that all-terrain vehicles were no longer the prerogative of the rich king in Russia, warriors or international expeditions.